Hastings Hotels is delighted to announce that the Grand Central Hotel Belfast has been awarded a five-star rating by the AA.

The hotel has been praised for its “5-star service delivered by a friendly and engaging team.”

The AA’s inspector who gave the rating said: “first impressions of the Hastings Grand Central are excellent, with a well-kept fascia in a highly accessible location. The diverse, spacious and versatile public areas present extremely well, having benefited from some serious investment. Bedrooms and bathrooms are equipped and furnished to a high standard.”

To celebrate this huge milestone for the hotel, Hastings Hotels has launched two luxury new packages for all of their guests staying at The Grand Central Hotel Belfast.

Stephen Meldrum, General Manager of the Grand Central Hotel Belfast said: “To celebrate its five-star rating, the Grand Central Hotel Belfast has launched two new packages – the Bollinger Celebratory Overnight Stay (from £80pps) with a ‘Demi’ bottle of chilled Bollinger delivered to your room on arrival and breakfast the following morning and the Observatory Celebratory Experience (£120 for 4 people) with a table for up to four people in the Observatory to enjoy a bottle of Bollinger, mixed charcuterie and cheese selection served with bread and tapenade.”

He added, ““We are thrilled to have been awarded a five-star rating by the AA and I would like to pay testament to every single member of staff as it is because of them that this recognition has been made possible. It is great, not only for Hastings Hotels but also for tourism in Northern Ireland as we continue to produce a first class offering both in terms of the product and the people.”

The Grand Central Hotel Belfast offers rooms from £200 based on two people sharing a double room on a B&B basis.

Still looking for your honeymoon? 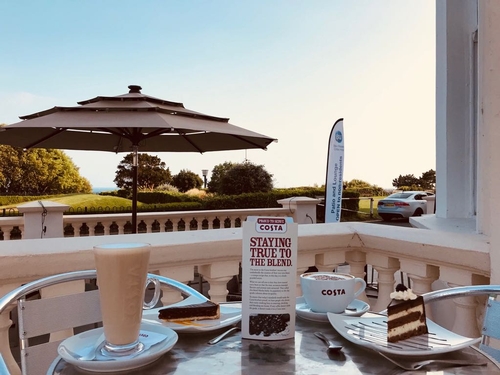 Eight extraordinary activities and experiences in the Cayman Islands

Check out The Botanical Experience at Ca’ di Dio in Venice

Ca' di Dio, Venice, a Patricia Urquiola-designed hotel, opened at the end of last year and...